My adventure continues with Windows Server 2012. I was able to fix the issue with enabling the Hyper-V role and not being able to start. It turns out I had to disable the USB3.0 feature from the bios. For whatever reason, it creates a conflict and it won’t let me boot into the server. It just keeps restarting and gives me a screen that displays something is wrong.

Now that I have that worked out, the next issue is finding an antivirus to work with Windows Server 2012. I was using Trend Micro Worry-Free 7 on my previous Windows 2008 server. When I try to install it, I get the following error.

The “Search Now” button takes you to a Trend Micro page that tells you to check out an article by Microsoft –http://support.microsoft.com/kb/822798. Then the page tells you to download a Fix-it patch but that leads me to another error.

Error after error, I finally decided to call their tech support. I had a feeling that the software may not be compatible with Server 2012 yet but I thought I’d give them a try. After talking with the tech support, they said that Trend Micro has released a service pack to fix the issue. Unfortunately, you can only apply it on an installed software. Well the whole problem is I can’t install it. For those who can use the service pack, you can find it athttp://esupport.trendmicro.com/solution/en-us/1095227.aspx. It will be a waiting game for me since I did a clean install of Server 2012. If I had upgraded from Server 2008 with Worry-Free installed, I may have been able to apply the patch. Hope they get the fix soon.

I may try OfficeScan 10.6 SP2 Beta in the meantime.

I like to have a glass of wine now and then but it’s always a pain to open the bottle. I’ve tried different cork screws and I get different results. Sometimes it’s easy, other times it’s difficult. I saw a video on Youtube of a product by Oster that I had to try. For only…

I just got my Targus XL backpack from Amazon. The bag is huge. It fits up to a 17” laptop and has plenty of compartments. I am able to carry the following items: HP dv9999us laptop (17” laptop) and cables Apple MacBook Pro (15” laptop) and cables Canon CanoScan LIDE 500F scanner and cables Logitech…

I posted an article about Trend Micro Worry Free 7 being incompatible with my Windows Server 2012. It looks like there’s a new installer that is now compatible. Thanks to JB Tech Enterprise for the help.

iMAP4 finally became available on my Gmail account. I’ve been waiting for weeks now. Check and see if yours is enabled. If not make sure your language is set to English (US). I’ll be trying it on Mail 2.0.

Just got the new package line up for Time Warner. They recently acquired Adelphia – which is my current ISP. The speed increased a little bit and it’s only $1 more. Not too bad. Then again I tested the speed while mostly everyone is at school or at work. Gonna try another test later when… 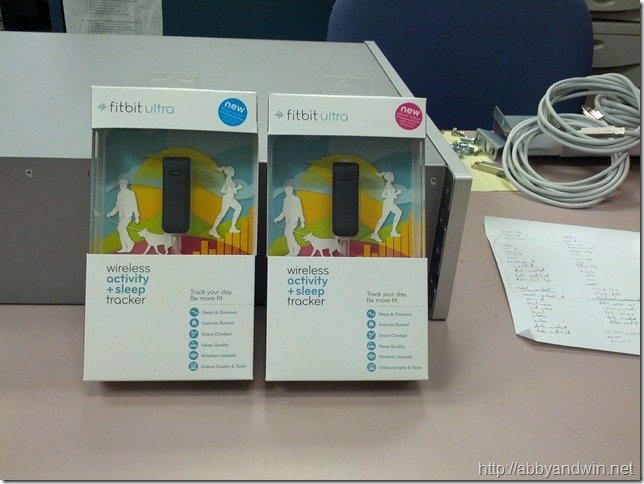 It all first started when I saw the Nike Fuel band and I got curious. I did some research online and found out what it did and how it worked. I checked out a couple of reviews and watched videos. I like the idea and would like to use a device to help me with…