It’s our first wedding anniversary. I can’t believe it’s already been a year yesterday. We went to Redondo Beach with my cousins and had some seafood. It’s my first time there and the food was good. There’s also an arcade there. They had a couple of old games that I used to play like the Street Figther II series and Killer Instinct. I played a couple of KI games. Wow! How rusty was I! Of course I used Sabrewolf. I couldn’t remember any combos and moves. Bet those peeps I slayed back in RCC days can beat me now. They also had carnival games like “try to shoot a basketball through a rim that looks regular size but it isn’t” game. It’s $1 per shot and 6 wins = a big prize. My cousins went for it and won the big prizes. I felt rusty and didn’t wanna try but Abby wanted me to do it. I won the big prize – a stuffed cow.

While walking around there was a kid doing some yoyo tricks. He was pretty good. I took a video with my digital camera. Check it out on our photo gallery.

To end the day I took Abby to Miguel’s Jr – one of my favorite mexican restaurants. She also tried the horchata and loved it. Check out more of our Redondo Beach pics .

Took a day off today to get some ultrasound done. For some reason my doctor advised me to get one. Hope they don’t find anything bad. Anyways, after the Kaiser trip E and I went to Best Buy and picked up Voltron DVD – brings back memories. Also took a handful of pics from my… 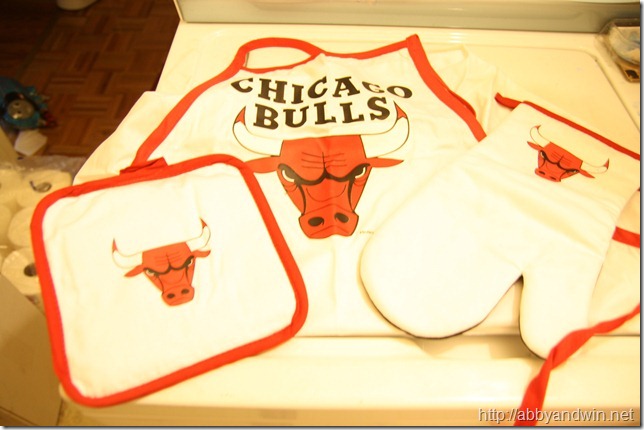 I’m still bummed out about the Chicago Bulls’ 2012 postseason. Summer is here and plenty of barbeque weather. I decided to pick up the tailgate set from Amazon. I’m ready to grill.

My TL is at the dealer getting its A14 service maintenance. It’s the major service since my car has over 109K miles on it. This time the dealer gave me a 2007 MDX loaner. After having an unpleasant experience with a RDX as a loaner last time, I wanted to check out the MDX –…

I’m glad The Simpsons, American Dad, and Family Guy all have season premeires tonight. I was worried I had nothing to watch with Entourage season finale last week, no NBA season until November, and no Law & Order: SVU season premiere yet. Gotta go, I’m in the middle of my premieres.

I wish everyone a Merry Christmas. I hope everyone got what they wanted. I’ve been busy the past month or so trying to meet a deadline for a project at work. It’s a windy Christmas day here so everybody be safe.

Like many, I voted yesterday. I have been voting ever since I turned 18. I feel I’m obligated to take part of this being a citizen. But what was different yesterday is the polling place I go to went back to traditional voting methods. Unlike, the last presidential election I had the opportunity to vote…