Last week I left my TL at the dealer to do some recall work. They lent me a 2007 Acura RDX. I’ve been curious about this vehicle ever since they announced the model but never got a chance to go to the dealer and check it out. I had my opportunity for a few hours.

This was the first time I ever drove a turbo-charged vehicle. It feels weird. I accelerate but for the first second or so it seems the vehicle isn’t responding. But as soon as the gauge goes up, then it accelerates. I guess that’s what that turbo lag I hear people talk about. It’s pretty fast considering it’s only a 4-cylinder engine.

The car can sit 5 people comfortably. The trunk is pretty big as well. It has a nice interior with a more updated version of the navigation system than my TL. It has XM radio, a disc player that can read CD, DVD-A, MP3, and WMA. There is an auxiliary out that is accessible. Unlike my TL, the screen on the RDX isn’t touch screen. To navigate, you must use a dial-like knob in the middle of the console. It took a couple of tries to figure it out but was able to use it. As you drive, there is an audio feedback whenever a menu is selected on the screen. This comes handy to keep your eye on the road rather than messing with the menus on the screen.

The paddle shifters are pretty cool. They can be used while on “Drive” but it shifts back to automatic if you don’t use it “properly”. You can override this by shifting to “Standard”.

I didn’t notice an option for memory seats. I’m not sure if this model came with it. The hood doesn’t have hydraulics so you must lift the hood and use the stand to hold it up. I forgot how hoods are heavy. I guess I’ve been spoiled with my TL which has the hydraulics on the hood that hold it up. Another thing I didn’t like is the poor gas mileage. For a 4-cylinder car, we averaged 17 mpg for few hours. I’m not sure if it has been broken in but it has over 19,000 miles. My TL at that age was getting over 24 mpg and it’s a V6.

Final thoughts: It’s a nice vehicle, feels like a car to drive. The interior is great. I’m not too sure on the mpg performance and the price tag at around $36k with navi. I’m not sure I would be getting one any time soon. There are other vehicles in the same class that would be more cost effective. I took some pics.

I recently bought a jersey from eBay. Based on the description, it wasn’t fake. The title said “Joakim Noah Jersey – New White – Sewn lettering- Adidas”. I was excited to get it for a cheaper price. That should’ve been my first clue. The second clue is the seller hasn’t had much rating, though it’s…

I read this somewhere, hopefully somebody else will benefit from reading this. Hope this may give some info in getting pregnant… Many couples decide to have a baby and set to work only with that idea in mind. Some achieve their goal in a satisfactory timeline. Yet other couples try for months and are disappointed…

My husband and I are finally here in California after the long wait. We left Manila last May 9 supposedly at 8.30 but you know PAL(plane always late) we left at 10pm and we arrive here at LA at around 10.30pm. It was cold when we got here and it took a long time to…

After weeks of researching and test driving, here is my notes and observations. Please keep in mind that the features and options I mention are not the full list. It’s merely what stood out to me. We currently have a 2004 Acura TL with navigation and a 2011 Toyota Prius Package 3 with navigation. So… 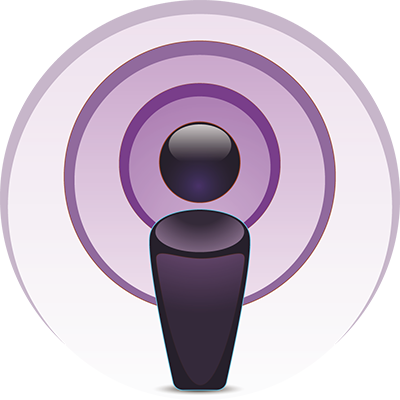 I’ve been using Youtube to post various video content for several years now. Although I enjoy doing it, I just can’t find enough time to produce content. In the past, I have attempted numerous times to create audio podcast content. I do one or two and never go back to it for a while. I’m…

People born in the year of the dragon are full of vitality and strength. To them, life is a colorful leaping flame. Though assuming airs of self-importance, being prejudiced, making arbitrary decisions, and indulging in some of the wildest fantasies, these people are always adored. The are proud, aloof, and frank. They establish lofty ideals…