With new technology available, I’m able to capture old home videos from VHS and save onto digital format. I’m currently using a Canopus ADVC110. I got a good deal on a used one off eBay. It’s worked great for me. But what about videos with macrovision? Unfortunately, the ADVC110 will also capture the macrovision and it does a real good job at it. I talked to a few people who are more knowledgeable in the video field than I am and was given a few ideas.

First I tried to look for our oldest and cheapest VCR we owned. It took some time since we no longer use VCRs. The reason why I had to look for the cheapest or generic is because it cost companies money to license the macrovision technology. I was hoping that the VCR is made cheap enough that it didn’t implement the chip to read it. Unfortunately, ours did.

Second, I tried to chain 2 VCRs then have it connect to the ADVC110. It didn’t work.

Third, I have one of these VCR/DVD (Panasonic DMR-ES35V – you can [check out my demo here]/blog/2013/04/11/pass-through-video-capture-demo/) decks that can play the VHS on one side and record the video onto DVD. This was the worse result as it stopped recording within seconds – as soon as it detected the macrovision.

After searching a few days online, I found that some people were having luck with the Sima Video CopyMaster SED-CM. I found a new one on eBay and won the bid (I was the only bidder) and was able to get it for $18 shipped. Not a bad investment to quench my curiosity. It took a few days but to arrive. I connected it between the VCR and the ADVC110 and it didn’t work. I then tried to chain 2 VCRs, then the the Sima, then onto the ADVC110 – still didn’t work. Oh well, a failed $18 investment. I later found out that the Sima works best if I was trying to do VCR to VCR.

I almost gave up on the project but then I remembered I have an Elgato USB video capture device. It worked, sort of. The capture is clear but you still get some of the distortion on the right border of the video. It’s a way better result than previous attempts where the video had a shade of discoloration then clears up at random times – as well as the distortion on the right border, a larger one. It looks like the main issue was the ADVC110. 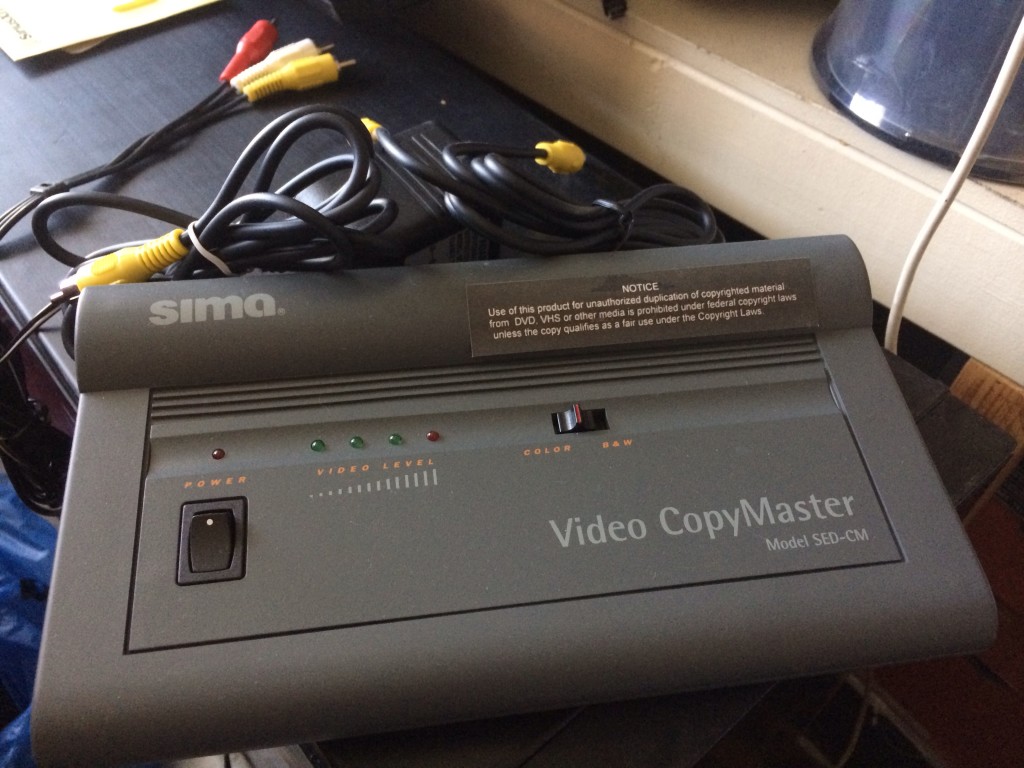 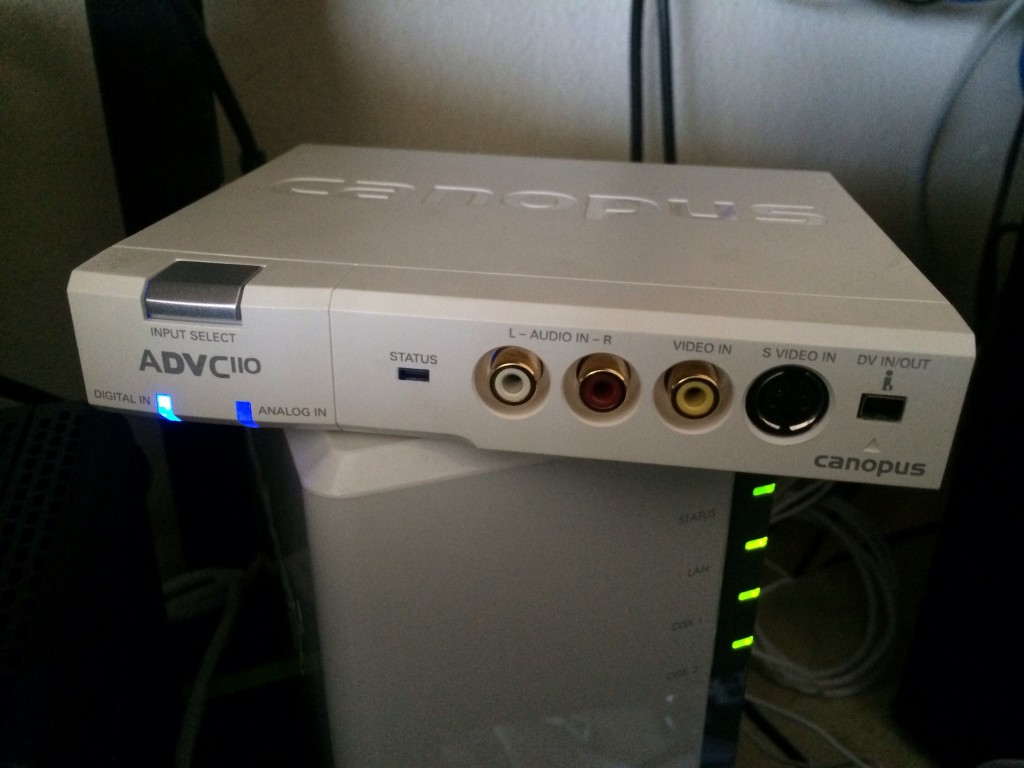 After finally completing my home storage server, I started to capture old videos onto my computer. I now have a place to store my source files, my projects, and the finished product. The videos I captured using my Sony A65or my Canon M30 are easy to send to my computer since they are already in…